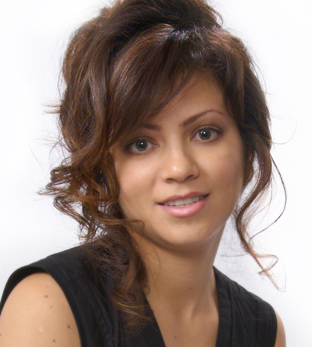 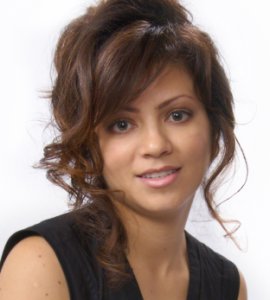 As a leading innovator and 2015 Edison Awards winner, Priska has single-handedly, developed a disruptive technology in a category that sat still for decades.

Priska relocated to the United States from her native Peru at the age of 17. As a disadvantaged immigrant, Priska studied English and financed her college education by working part time. In 2000, she earned her Bachelor of Science degree with honors, from the City University of New York. Before graduating, Priska accepted a Creative Director position and ran the communications department at New York City College of Technology for the next five years. Diaz attained numerous achievement awards for her commissioned work from local, national and international industry entities/publishers. In 2003, Priska received a Master of Science in Communications and Packaging Design from Pratt Institute.

The Edison Awards recently spoke with Diaz about her interest in engineering, what it’s like to be a woman in her field, and her greatest achievements thus far. Here’s what she had to say: (edited for brevity and clarity)

My father was an engineer and always brought work with him at home. As a child, I was fascinated by all the tools and little machines he worked with. Even at that early age I could read his orthographic projections and imagined how they will work in the 3-dimentional world. You could say my engineer and design skills are more innate than anything else. Throughout school and college 3-dimentional drawing came naturally when designing a package, a jar, or a display.

What was it like to be a woman studying engineering?

While in high school, there was only one other girl in the engineering drawing class. However, while in college, the classes were well balanced.

Did you feel supported and challenged in a positive way? Did you have a network of people to reach out to?

While at work, my focus was in the health and beauty industry, so women were more predominant in the work environment. However, when it came to dealing with the manufacturers, I rarely saw women in the field.

It got specially interesting when I was looking to manufacture my Air-free feeding system and shopped around for plastic injection molders. Back then I only had a hand-fabricated, working prototype which I used to present and explain the concept to injection molders and design engineers. The meetings typically involved me presenting the prototype and explaining the concept to six or more male engineers seated around a table, eliciting comments like: “that won’t work” or “it can’t be done”. The project was a feeding system similar to a syringe, where the baby’s suction moves a plunger, called Air-plug. The little experience they had with babies didn’t allow them to imagine this was possible. As a mother who breastfed two children, I have a pretty good idea of what kind of suction a baby can generate.

I like using my creativity and experience to solve problems in ways that haven’t been attempted before. For example, there has never been a feeding system that isolated the three most important benefits while feeding an infant, which are:

Bare Air-free feeding system, utilizes patented technology to make these benefits possible and we have and are continuing to discover more benefits never possible before, such as significantly reduce acid reflux symptoms, a condition affecting two thirds of the infant population every year.

I believe young adults do not have enough information on what it means to become a scientist or engineer. I believe these titles are commonly associated with difficulty, intimidating math and many long years of studies.  People who are creative, think outside the box and capable of making significant contributions to may avoid these career paths if they don’t realize how exciting, interesting and gratifying these careers can be.

To date, what do you consider your greatest accomplishments?

My work in the health and beauty industry caught the eye of the many of my peers as well as management. An eye for marketing interpretation and translation to major design pieces was partially responsible for many successful launches. After consistently being published and winning numerous package and design awards, I decided to take a leap into designing a functional product with  ground breaking technology. Creating Bare Air-free feeding system was, by far, a major milestone. Almost all of the male designer/engineers were certain my idea wasn’t feasible. After 3 ½ years of intense R&D effort with the help of an off shore factory, the proof of concept was a success. I was able to have the first mass production prototype for a market test, which led to a pre-sale raising $50,000 in the first 48 hours.

Bare’s Air-Free revolutionary design has won some of the most prestigious international award designs such as, the 2015 Gold Edison Awards in the personal care category, Finalist on the 2017 IDEA Awards and published at the Red Dot 21 Gallery earlier this year.

We have been able to bring innovation to a category that sat still for more than a half a century. The lack of evolution on this field led us to accept that our babies are born sick as well as believing that is normal that more than 66% of infants suffer with symptoms of GERD. Our technology proves this is incorrect. Through creative engineering, we are continuing to create innovations that contribute to improving the quality of life and healthcare for the most important people in the world and protect our future generation.