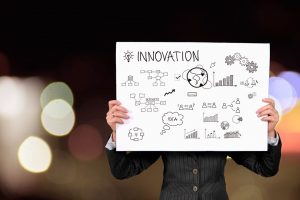 Competition in industries is important so that it initiates positive change. If businesses are competing against each other, it means that they are aiming to produce the latest innovation to hit the market.

A survey by PwC said that 80% of CEOs believed innovation drives efficiencies and leads to a competitive advantage.

“Competition is a key driver of innovation. In open and competitive markets, firms are driven to adopt more efficient production processes, and to offer new and improved products and services to customers,” said John Pecman, Commissioner of Competition at the Workshop on Emerging Competition Issues.

In the mobile tech industry, competition is tough, and tech is rapidly evolving. Industry frontrunners are battling it out to offer consumers new features that they claim are the first of its kind. However, while we live in a world where creativity is all around us, industry experts are disgruntled by some companies and their perceived lack of innovation.

For instance, Apple has been known for their innovative moves since the days of Steve Jobs, when he unleashed the first iPhone to the tech market. But recently, experts feel they haven’t been creative enough with their updated features with the criticism falling at their decision to remove the headphone jack from their latest mobile device.

Although not everyone thinks it was such a bad idea, as some feel it showcased Apple’s innovation removing the headphone jack instead of featuring new technologies. It was reported by O2, that Apple offered the EarPods with a lightning connector in replace of the 3.5mm headphone jack, which experts think is the company’s way of fostering wireless innovation. Likewise, they have provided solutions to their previous models’ issues such as better battery power, a more powerful processor, rugged features and more. They are trying to compete with Samsung and Sony, who have built several rugged premium handsets in the past, while continuously perfecting their products.

It’s a given that even the best technologies cannot deliver success without a clear vision of where the company is going via long-term goals and determine the steps on how to achieve it through business strategies.

There are ways on how to initiate competition and promote innovation. Like below:
1. Find an untapped need that others are missing
2. Implement new ideas and celebrate change
3. Listen to customers’ suggestions
4. Include unusual services that aren’t traditionally offered in the industry
5. Put your idea out there and promote it with all you’ve got

Currently, governments are also encouraging competition to promote innovation. In the United Kingdom, they offer support to businesses that want to challenge the infrastructure system sector. The government provides a share of up to £15 million ($18.8 million) to develop innovative solutions that will lead to significant improvements in the department’s resilience, performance, functionality, productivity, and adaptability.

The White House has also issued a statement supporting competitive markets as they look to encourage entrepreneurship. They are trying to inspire the nation to build a national environment ripe for entrepreneurship as well as risk-taking decision makers that will allow companies from America to be competitive in exchange of ideas and innovation internationally.

“Through competitive markets, we hope innovations will diffuse and scale appropriately across industries and globally,” revealed a post by the White House.

At the end of the day, the truth is that companies and all organizations need competition to drive innovation. It is fundamentally necessary to inform consumers and force businesses to innovate their strategies and product offerings. So, as an entrepreneur, competition is needed to, not only survive the market but also achieve goals and exceed ROI expectations.